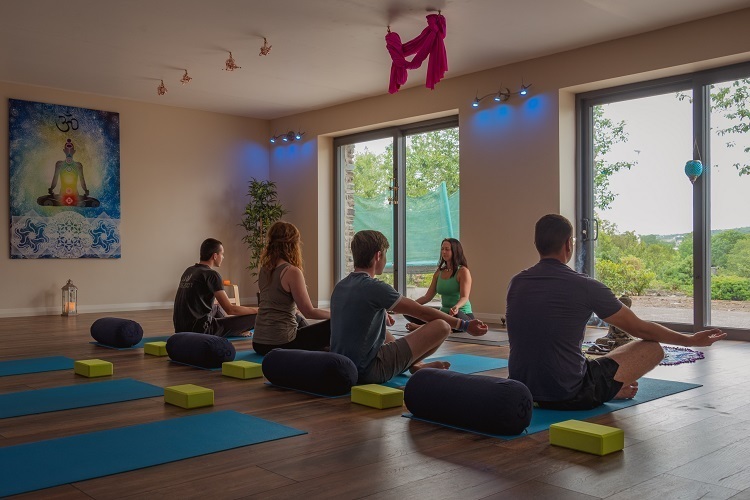 Public school teachers are excited about potential benefits for students if yoga is included in the curriculum. Initial studies indicate that yoga has the potential to deter some classroom behavior challenges such as fighting and arguing. Yoga has been linked with students having better decision making, improved self-esteem, concentration, and efficient use of classroom time.

Yoga is not being embraced by all parents because they are uncomfortable with its ties to Eastern religions. Devout Christians are concerned that their children may develop interests in other religions or mysticism. Some school districts have banned yoga, visualization practices, and any kind of meditation instruction. Integration of yoga into the classroom has not been researched using broad-based evidence. Most students getting their online teaching degree were not expecting yoga courses as part of the curriculum. However, the majority of teachers are willing to give yoga a chance and the low cost of providing instruction can often be covered by grants or professional development budgets.

In studies with high school students, researchers concluded that yoga could readily be implemented in high school settings and students tended to rate yoga high. Results indicated that students practicing yoga improved in mood compared to students participating in the traditional physical education (PE) classes where mood was found to worsen. This pattern was also reflected in tension and anxiety where lower elevations were found after yoga and higher for the PE students. Although significant differences were not found for positive affect such as excitement and cheerfulness, differences were found between yoga and PE classes in terms of negative effect. Yoga participants expressed less distress, fear, and anger, and reflected increased calmness and serenity.

Standardized tests are high stressors for students. Surveys indicate that before taking these tests, the majority of students rate themselves as having low self-esteem, having high anxiety, and tremendous fear of failure. When yoga was introduced in the classroom, even after just a few weeks, students reported higher self-esteem, less anxiety and fear, and unexpectedly demonstrated increased compassion and concern for others by coaching others to “remember to breathe.

Many instructors are working to bring yoga into the classroom as they believe that physical, mental, and emotional health is directly related to academic success. Studies of yoga in the classroom, even as little as 30 minutes a week, have shown positive improvement in concentration, focus, and on-task behavior for children who diagnosed with Attention Deficit Disorder (ADD) and other attention problems.

One study exposed 4th and 5th graders to yoga for 4 ½ hours over a period of 2 weeks. The results showed a 93% decrease in aggressive behavior. The children also reported that they were experiencing fewer headaches, less fidgeting, and they were sleeping better.

The benefits experienced by students from yoga instruction are prompting many teachers to pursue teacher certification in yoga instruction. Full-time teachers may want to consider an online program for yoga certification that will not interfere with their personal and professional obligations. Many online programs are less expensive than on-site programs, are national acclaimed, and offer flexible schedules that will meet your needs.

Important Things To Know Before Starting Your Helicopter Training

Important Things To Know Before Starting Your Helicopter Training

Get The Best Out Of The PHP Training Institutes In Kolkata

Mathematics Is Fun With Abacus

How To Get A Special Education Degree While Working Full Time