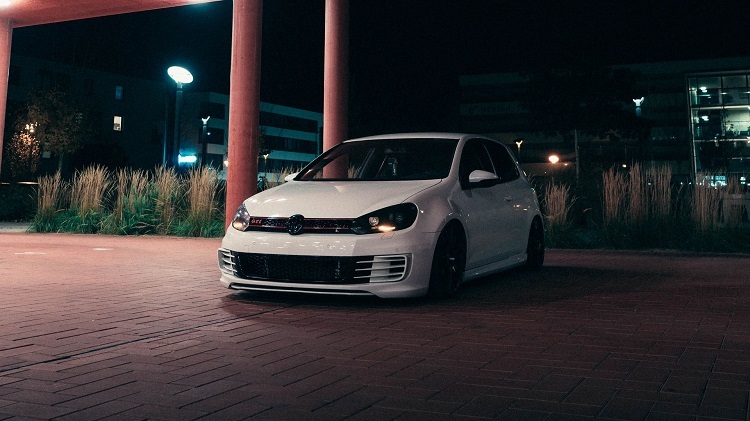 The battle of the superminis has raged for years and it’s one of the fiercest fought market sectors in the whole of the car industry. For those of us in the classic car market, however, we’re lucky enough to just be picking up on the hot hatches of yore, those cars that, in their day, were absolutely top of the range and now still represent fantastic, racy runabouts with plenty of street-cred to go with it.

Amongst the most popular hot hatches ever made were the VW Golf GTi (Mk2), the Peugeot 205 GTi and the Ford Fiesta (Mk3) RS Turbo. But, if you’re in the market for a hot hatch, where you should you plump your cash and what should you be looking for?

The Golf GTi is probably the best known of the classic hot hatches and that probably reflects the fact that the Golf was the UK’s twelfth bestselling car in 1990. Though it was designed as a cost effective volume seller by VW, it still exudes the quality of its time through function. The bodywork is boxy but still has a certain Bauhaus charm and the engine is well known for its reliability.

Good to know…that the volume of Golf GTis is much greater than either of its counterparts and, thus, there are plenty of models out there to choose from.

Look out for…boy racers. While some GTis have been looked after, well tuned and carefully used, some have just been thrashed. Take a good look at the service history and talk to your seller or you could be due a new clutch sooner than you think.

Expect to Pay…less than £1,000 for anything over 100,000 miles and around £2,500 for an extremely low mileage model. Running costs are usually low as there is a good supply of retrofit parts available.

The 205 was a make or break car for Peugeot; designed exclusively as a low-cost French runabout with hardy bodywork and not all that much power. The GTi version gives it some much needed beef, but unfortunately its popularity in the UK was its downfall. Many models were stolen and became hard to find insurance for.

Good to know…205s aren’t all that easy to come by in the UK, but there is an active import market for left-hand-drive models.

Look out for…collectors’ editions. Some increase the value (such as the ‘Gentry) but some don’t. Despite its sporty body-kit the “Rallye’ is not a GTi at all.

Expect to Pay…as little as you can. There are some low mileage models out there for below £1,000 and the classic car insurance should be cheap too.

On the back of the extremely successful Escort RS, Ford knew there would be a demand for a sportier model of its smaller hatchback the Fiesta. The model did take some tinkering and Ford began with the XRi2 in the late 1980s before releasing the more mature RS. There were two engines used for the RS, the ‘Turbo’ with a CVH engine which was superseded by the RS 1800. All still make great cars, but the Turbo is of particular note to classic collectors.

Good to know…Ford’s tinkering left many owners wanting something more and it’s not uncommon to find heavily modified RS models.

Look out for…Modified Fiestas that pose as RS or XRi2s. The sporty bodywork is quite easy to replicate!

Expect to pay: RS Turbos are rare, so can fetch around £2,500 for low volume models. Other than that, an XRi can be found for £1000 but don’t be overcharged for aftermarket additions.

Some Of The Ways A Teen Can Benefit From Hobby

Some Of The Ways A Teen Can Benefit From Hobby